Embodiment as a cinematic experience

An extract from The Art of Teaching manual, Module Four: The Thinking Teacher 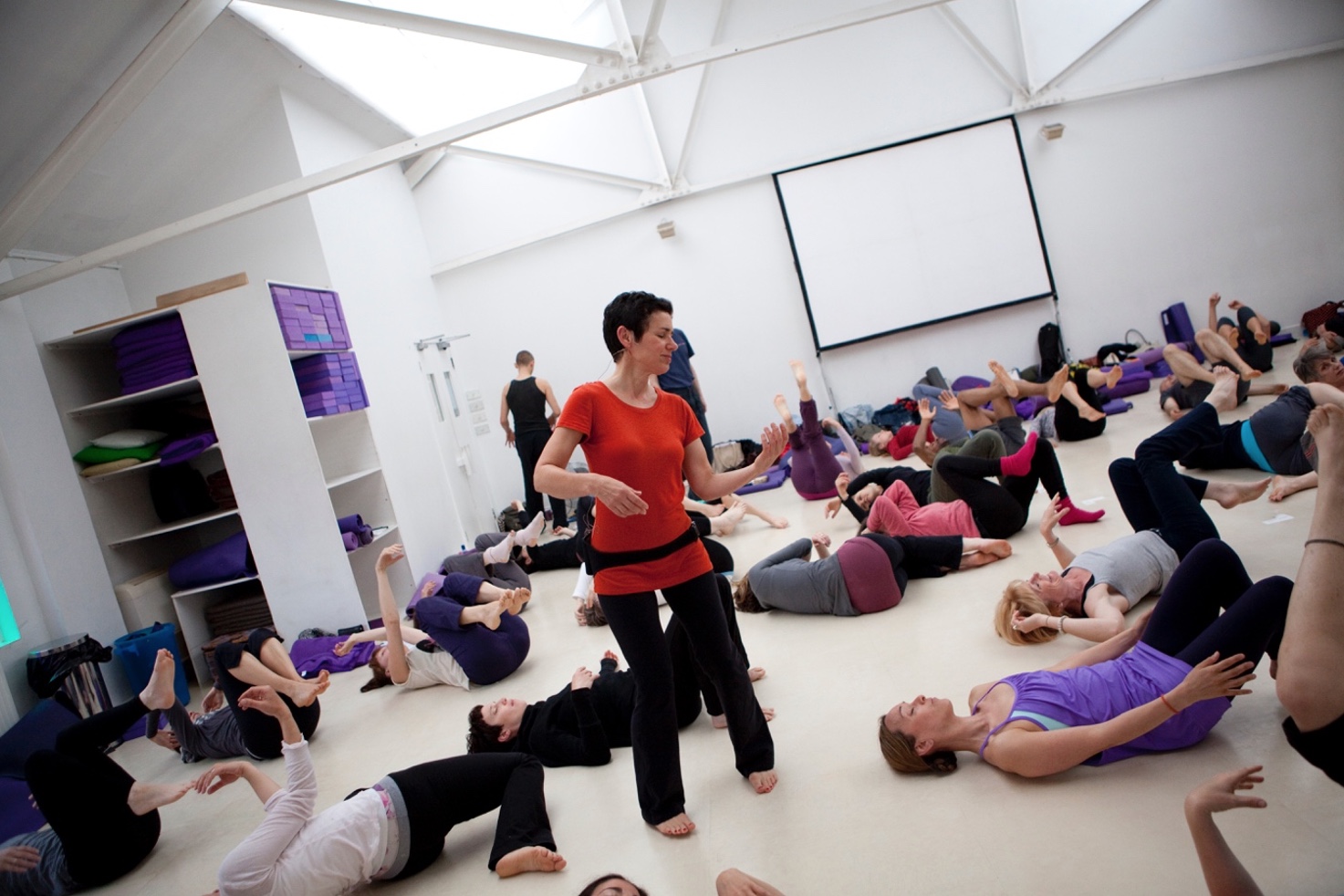 In yoga systems and methodologies that have become standardized for ease of recapitulation, practices such as yoga asanas are defined in a highly specified manner.  In such methods we are usually given an ideal visual form or position which the student strives to replicate.  The practice is performed in a particular manner, cleaving to an often highly subjective aesthetic vision: anything that falls outside of this aesthetic is deemed incorrect, misaligned, and even subversive or undermining of the purity of the system.  Importantly, the form or position has not evolved from the practitioner’s body but rather the form is superimposed with little room for individual variation.  This cookie cutter, approach to practicing yoga tends to drive an equally automated and rule-bound style of teaching. There, any discrepancy from what has been deemed correct must be “corrected” and reconfigured to fit inside the parameters of a predetermined shape.  In such methodologies teaching is often reduced to a list of check points.  Paradoxically, such formulaic systems often have no systematic way of assessing a student’s integration other than detecting deviation from the rule.

Within such systems there are inevitably winners and losers: those who come closest to the set template and those who fall short of the template for whom it is not (and may never be) attainable.  This tends to breed an atmosphere of competition and the accompanying feelings of superiority and inferiority (depending on which side of the equation you fall).  Strangely, this doesn’t sound much like yoga at all!

In a shared-inquiry pedagogic model for teaching yoga, the focus is on the student’s process as an emerging and evolving entity.  In such an approach, the form of an asana becomes a soft suggestion or possibility that can never be defined by a singular representation or demonstration.  While we may inherit useful practices from those who have come before us, these are considered potential tools that may or may not be valuable or relevant to an individual practitioner.  What an asana looks like is considered far less important than how it feels and whether it makes sense in a practitioner’s body.  In such an approach, the very concept of alignment as an immutable certainty becomes illogical. How could the unique structure of myriad individuals be condensed into one mold?  If the form of an asana is merely a suggestion and we view the asana as a mechanism for exploration and discovery then the form has the potential to become a springboard for almost limitless expressions and permutations.  For the practitioner this gives license to adapt, vary, change, and evolve practices over time.

This process-oriented approach to practicing yoga impels and demands a very different approach to teaching.[1]  In this orientation to teaching we provide a context where students can best explore finding a harmonious relationship within their body and between the body and the world.  Finding sequential flow of impulse, coherent connectedness, and efficiency and ease in movement in a particular moment of embodied evolution is as changeable as the ebb and flow of the breath.  While systems and methods tend to work with snapshots or “net result” pictures, we work instead with a more difficult medium of embodiment as a cinematic experience.  Trying to ascertain the student’s experience through the snapshot of a completed posture is like trying to understand the emotional content of a film through an analysis of a handful of still images.

And what about structure?!  What about the importance of alignment?!  What about biomechanics?! What about anatomical and kinesiological principles?!  The importance of structural integration remains but how we get there differs.  Through connecting to the animating force of breath, prana, and the movement of internal impulse we generate a remembrance of an innate ability to find coherence in form.  We make the internal connection to the source of aliveness a priority and prerequisite to implementing the nuts and bolts of musculoskeletal alignment.  For without the enlivening support of internal respiration and the global movement of breath, postures become mere shells bereft of their inhabitants.

To the untrained eye, the variation that we see within a yoga class where people are given license to alter and adapt postures and practices to their bodies may at first appear disorganized.  On further examination we find that this high degree of variation is in fact a coherent and integrated process.  Even though we work without a set system, there is a systemic approach to observing and interacting with students engaged in inquiry-based yoga practice.  What we are facilitating is a movement towards selfhood and reintegration with a larger Self.  In this endeavor there are no winners or losers.  Striving and competition is replaced with mutual respect for difference and a spirit of collaboration in sharing discoveries.  And authentic practice is measured by the degree to which each individual commits to a truthful encounter with self.

If you’d like to learn more about this immersive, inclusive and practice-transforming way of teaching, the next Art of Teaching online cohort begins September 15th.  Our first course filled very quickly with a long waiting list. Our 3rd cohort begins 11 May, 2022.


[1] Many yoga methods or brands are labelled “styles” implying that there is a particular way in which the practice is to be performed.  I use the word “approach” to distinguish it from a style or method of yoga.  An approach implies an orientation rather than a set reference point.

Mentoring . . . from isolation to navigation